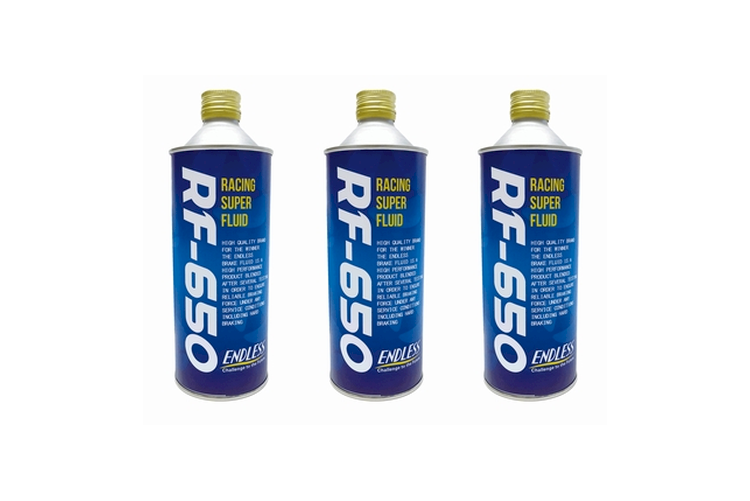 Endless RF-650 brake fluid is used in Formula One™, WRC and Dakar Rally as well as many other forms of high-level motorsport around the world. Designed to deliver optimal pedal feel and consistency under the most demanding race conditions. RF-650 has fast become recognised as one of the very best race brake fluids on the world market today. Even though RF-650 is marketed as a race brake fluid it can be used in a wide variety of vehicles and applications ranging from the highest levels of motorsport to track day and even highly tuned street cars. If you are looking for unmatched consistency, modulation and brake pedal feel then look no further. Endless RF-650 Racing Super Fluid is in a league of its own.